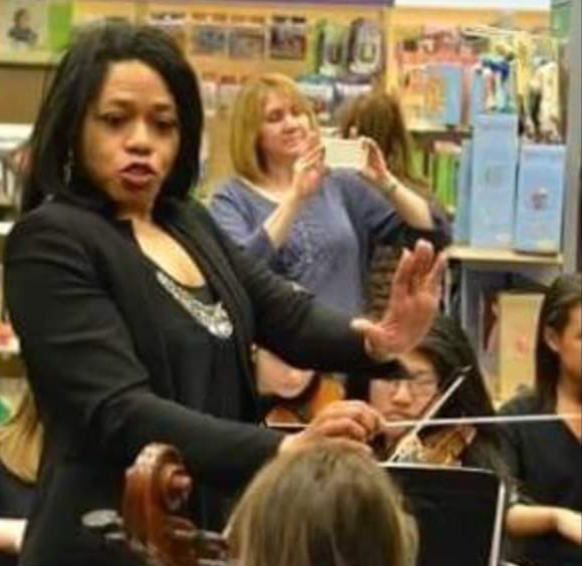 Angela Englishharden, Preparatory Orchestra conductor
​Angela Englishharden is thrilled to join Youth Music Illinois as the Prep Orchestra Conductor!
As a veteran musician and educator, Mrs. Englishharden has a proven track record of equipping students with the tools for success in orchestra and beyond. She is passionate, caring, and believes in the limitless potential of every student. Her concerts feature exciting and challenging literature at every level.
Mrs. Englishharden holds a BA in Music from the University of Illinois at Chicago, and a Masters in Music Education from the University of Illinois at Urbana-Champaign. She teaches orchestra in Naperville School District 203, a position she’s held since 2014. Prior to joining the staff in Naperville, she was the Orchestra Director at Urbana Middle School from 1998-2014. As a violist, she is a frequent performer with several Chicago-area orchestras including West Suburban Symphony and DuPage Symphony Orchestra. When not teaching, performing, or conducting, Mrs. Englishharden enjoys time at home with husband Cliff and active sons Ian and Evan.